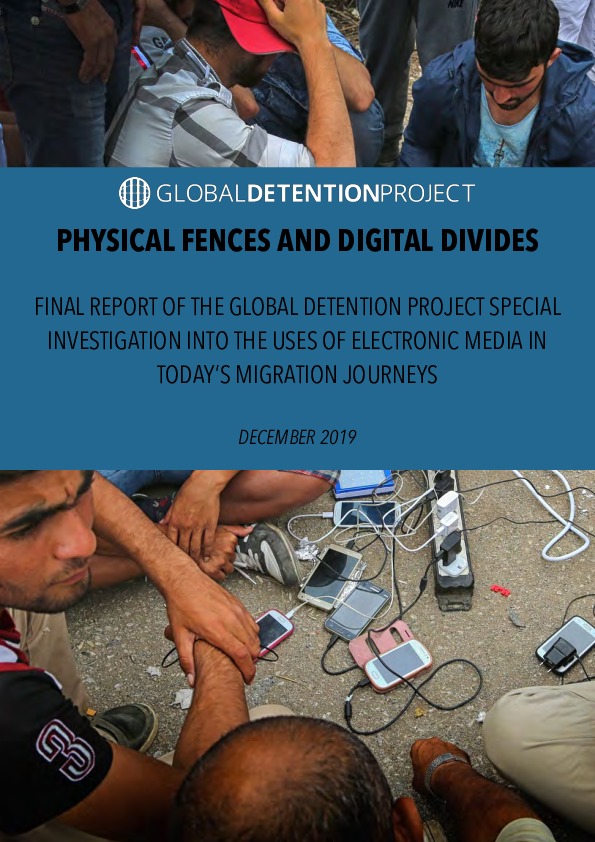 The “refugee crisis” helped spur a “tech turn” in how people travel across borders and how governments and others respond to these movements. Everyone from civil society organisations—including the Global Detention Project—and individual activists to humanitarian technologists, government officials, and international bureaucrats have experimented with social media and other new forms of digital technology to assist, prevent or otherwise influence the movements of people across borders. This GDP Special Report documents the trajectory and impact of these developments, exploring key new tools that have emerged in recent years, the uses of these tools by people on the move based on on-the ground reporting from key hotspots in the Mediterranean region, and the lessons we should learn as some of the early excitement and promise of digital humanitarianism have begun to fade. Smartphones, social media platforms, and other tech tools are today “migrant essentials” that can assist people in making life-saving decisions and bring public attention to abuses that migrants and refugees face as they confront the world’s increasingly militarised borders. But they can also be exploited by unscrupulous actors in harmful ways and have unintended consequences. What lessons should we draw from this “tech turn”? In what ways can social media and other digital tools be used to reduce harms suffered by migrants and refugees? And is there a future for digital humanitarianism?

Read Parts I and II of the investigation:

Part I: Exposing the “Crisis”