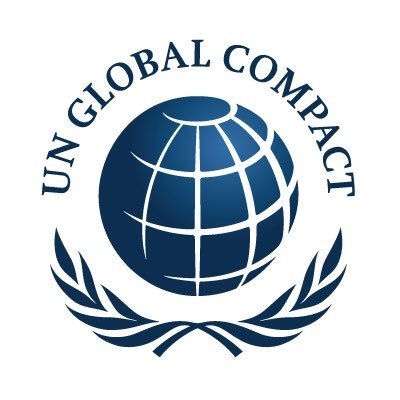 The Global Detention Project (GDP) is a nonprofit research centre based in Geneva that investigates the use of immigration-related detention as a response to global migration. Its objectives are: to improve transparency in the treatment of detainees; to encourage adherence to fundamental norms; to reinforce advocacy aimed at reforming detention practices; and to promote scholarship and comparative analysis of immigration control regimes.

This submission addresses issues concerning the structure for and critical elements to include in a global compact for safe, orderly and regular migration (GCM), with particular reference to General Assembly Resolution 71/1 paragraph 8(i) on effective protection of the human rights and fundamental freedoms of migrants, including women and children, regardless of their migratory status, and the specific needs of migrants in vulnerable situations; paragraph 8(s) on return and readmission, and improving cooperation in this regard between countries of origin and destination; paragraph 8(f) on the scope for greater international cooperation, with a view to improving migration governance; and paragraph 8(v) on disaggregated data on international migration.[2]

8(i) Effective protection of the human rights and fundamental freedoms of migrants, including women and children, regardless of their migratory status, and the specific needs of migrants in vulnerable situations.

8(s) Return and readmission, and improving cooperation in this regard between countries of origin and destination.

GDP findings indicate that immigration detention as a response to global migration movements is expanding. Detention based on immigration status does not take place in a legal vacuum. Since the creation of the United Nations, the global human rights regime has provided a framework for the protection of all people, including those living in foreign countries. National sovereignty and access to territory is mitigated by the universal nature and applicability of human rights and refugee protection standards. The international legal framework governing immigration detention includes two broad sets of safeguards, notably guarantees stemming from the right to liberty and the conditions of detention.

Human rights and refugee norms and standards adopted by the United Nations are binding on UN members states that have ratified relevant treaties and remain so in the framework of any globally negotiated agreement under discussion in follow up to the New York Declaration for Refugees and Migrants. Resolution 71/1 includes over 30 references to human rights and obligations under international human rights law. Resolution 71/1 paragraph 52 states that that states “will consider developing non-binding guiding principles and voluntary guidelines, consistent with international law, on the treatment of migrants in vulnerable situations, especially unaccompanied and separated children who do not qualify for international protection as refugees and who may need assistance.”

As per the above, the GCM must include strong safeguards against arbitrary detention including several elements necessary to ensure that detention is justified in law. Immigration detention should be lawful, necessary and proportionate and for the shortest time possible. As developed by UN human rights treaty monitoring bodies immigration detention should be the exception, not the rule, it should not be mandatory but imposed as the last resort when there are no less coercive ways to achieve the state’s objectives and it should not be unlimited. Immigration detention should be non-punitive, take place in dedicated detention facilities – and not in prisons. Procedural safeguards including the judicial review of detention, effective remedies, and legal and linguistic assistance must be guaranteed. Particular safeguards should be applied for vulnerable persons including based on gender and age, asylum/refugee status, sexual orientation, statelessness, and victims of torture and trafficking.[3] The GCM should reflect a strong emerging trend in UN and regional human rights mechanisms and experts to preclude detention of children. Independent monitoring should be conducted by independent national and international bodies to ensure that conditions of detention abide by international norms.

In addition, it is critical to take into consideration the fact that in many countries that are priorities for more migration management assistance — like Libya — there is often an inevitable connection between legal and illicit forms of detention and removal because of pervasive lawlessness and corruption. This reality is reflected in recent proposals by the UN Special Rapporteur on the Human Rights of Migrants when he writes that “States must move from a zero-tolerance attitude to one of harm reduction, thereby undercutting the criminal organizations responsible for migrant smuggling, addressing the security concerns of States and, ultimately, reducing human suffering and saving lives. If States want to regain control over their borders, migrants should be provided with regular, safe, affordable and accessible mobility channels.” Among his “human mobility goals,” the Special Rapporteur includes “End[ing] the use of detention as a border management and deterrence tool against migrants.”[4] Effort should be made to exclude detention measures in multinational migration management initiatives, and the Global Compact would benefit from a clear statement on this point.

Advancing a humane global migration strategy is severely hampered by the deeply politicised and polarizing discourse that often dominates public debate on this issue as well as by the lack of transparency in government policies.[5] Thus, it is critically important to have tools to systematically interrogate immigration control policies like detention and deportation to produce rigorous data and reports about state practices, a point underscored by the UN Special Representative (SR) on Migration in his recommendations for developing the Global Compact on Migration. Improving the governance of global migration “hinges” on having solid data, he argued. “Yet the global community is still struggling to establish basic facts, such as who migrants are [and] where they are.” The GDP has found that in addition to these pitfalls are fundamental problems in how states define their detention and deportation operations, often using euphemisms that disguise practices that could run afoul of human rights norms. Further complicating matters is that there is yet no clarity on how to precisely define policies like the immigration detention of children or alternatives to detention, which hampers global efforts to track reforms and enables misuse of these terms. The SR emphasized the need to develop data to “monitor state performance with regards to the rights for people on the move,” including by developing indicators that show whether fundamental rights of migrants “are accorded by the laws and regulations of different countries.” To do this, it will be important to develop and mainstream terminology that accurately characterizes the realities migrants face in custody, an effort that the GPD and other civil society groups and scholars have been working on for many years.

8(f)The scope for greater international cooperation, with a view to improving migration governance.

In her address to the Third Informal Thematic Session on International cooperation and governance of migration in all its dimensions, including at borders, on transit, entry, return, readmission, integrations and reintegration, Ms. Arbour observed: “Drawing on the potential presented by IOM’s entry into the system, the UN is now well-positioned to offer robust support to this unique opportunity for member states to engineer a global framework for international cooperation on migration.”

The Global Detention Project joins other academic, civil society and UN expert voices calling for institutions involved in the global governance of migration to clearly abide by and be bound by the same human rights principles and accountable to the same mechanisms as existing UN programmes, funds and specialized agencies. In this respect, some observers have suggested that the IOM, given its important role in the UN’s efforts to ensure that the human rights of migrants are respected, should amend its constitution so that it makes a clear institutional commitment to international human rights norms.[6]

Generally, the GDP thinks that more critical attention should be placed on the growing standardization of detention in multi-lateral migration management initiatives, including those that involve international organizations like the IOM and other non-state actors. When people are apprehended for migration-related reasons, non-state actors should be excluded from serving custodial functions. Apprehended migrants and asylum seekers should always unambiguously be in the custody of a state, whether they are on that state’s national territory, in transit zones, aboard vessels, or on territories where the state exercises extra-territorial jurisdiction or responsibilities.

[5] See, for instance, Global Detention Project and Access Info Europe. 2015. “The Uncounted: The Detention of Migrants and Asylum Seekers in Europe.” December 2015. https://www.globaldetentionproject.org/the-uncounted-the-detention-of-migrants-and-asylum-seekers-in-europe. 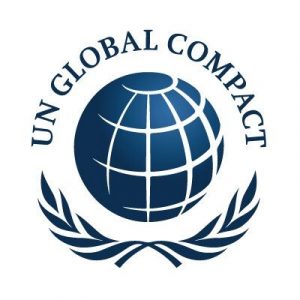