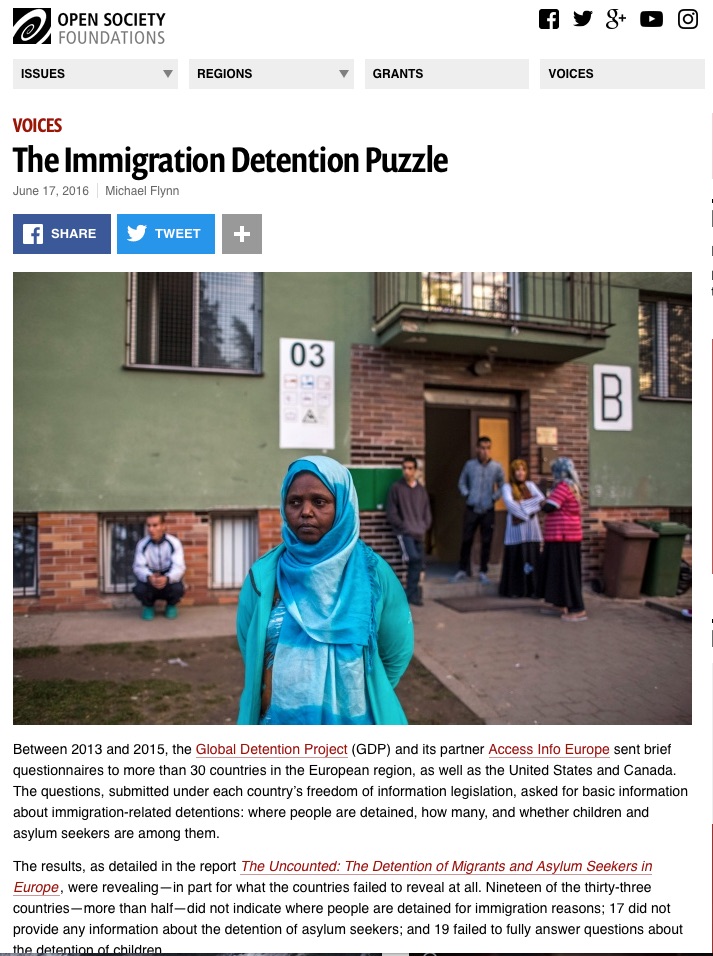 Between 2013 and 2015, the Global Detention Project (GDP) and its partner Access Info Europe sent brief questionnaires to more than 30 countries in the European region, as well as the United States and Canada. The questions, submitted under each country’s freedom of information legislation, asked for basic information about immigration-related detentions: where people are detained, how many, and whether children and asylum seekers are among them. The results, as detailed in the report The Uncounted: The Detention of Migrants and Asylum Seekers in Europe, were revealing—in part for what the countries failed to reveal at all. Nineteen of the thirty-three countries—more than half—did not indicate where people are detained for immigration reasons; 17 did not provide any information about the detention of asylum seekers; and 19 failed to fully answer questions about the detention of children. Read entire peice on the Open Society’s “Voices” blog.