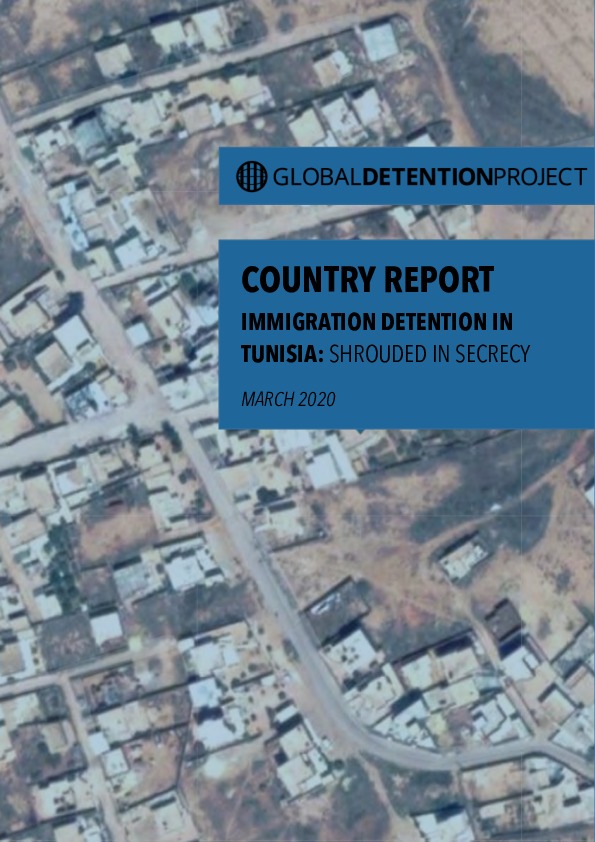 Foreigners in Tunisia, particularly those from sub-Saharan Africa, face endemic racism, little or no possibility of seeking asylum because the country has yet to adopt a refugee protection regime, and pushbacks into Libya and Algeria. There is little transparency with respect to detention conditions of migrants and refugees or their treatment in border regions. Although the country had begun implementing measures in March 2020 to safeguard staff and inmates at the country’s prisons in response to the Covid-19 crisis, no such measures appear to have been taken with respect to people detained for immigration reasons.

Although Tunisia is the smallest country in North Africa, it has taken on an increasingly important role with respect to migration and refugee flows in the region, even as the overall numbers of people taking the Central Mediterranean migration route towards Europe have fallen. In 2018, the numbers of “people of concern” to the UN High Commissioner for Refugees (UNHCR) nearly doubled, rising to more than 1,300 registered refugees and asylum seekers. By mid-2019, the number had almost doubled again, to some 2,500; the refugee agency expects this number to double again by the end of 2020, to 5,000.

The country experiences mixed migration flows, which according to the International Organisation for Migration (IOM) are comprised of people “coming mainly from the Maghreb and from Sub-Saharan Africa whose aim is to reach Europe through irregular migration from the Tunisian coasts.” The vast majority—more than 80 percent—of refugees and migrants arrive via Libya, according to UNHCR. Nearly 100 percent of those interviewed by the refugee agency during 2019 reported having suffered some form of violence or abuse.

The Tunisian government’s responses to these pressures have drawn criticism both domestically and internationally. In early March 2020, as the country began limiting international travel into and out of the country in response to the Covid-19 pandemic, video emerged allegedly taken from inside the Al-Wardia immigration detention centre in Tunis that appears to document police violently removing sub-Saharan Africans from the facility as part of a forced deportation operation in the middle of the night. After the video went viral, activists denounced Tunisian authorities for seeking to abandon migrants in the desert.

The intensifying conflict in Libya has spurred Tunisia to increase security along its land and sea borders and has led to concerns that it intends to cooperate with Turkey in its military intervention in the neighbouring country, which has reportedly sparked public demonstrations. According to the Mixed Migration Centre, “In October [2019], more than 10 migrants were intercepted by the Tunisian National Guard at the Fériana border with Algeria, and in November, 20 sub-Saharan refugees and migrants were arrested in Tunisia for attempting to cross the Ben Guerdane border with Libya. Additionally, in November, the Tunisian National Guard arrested 33 Tunisians suspected of a projected sea-crossing attempt to Italy.”

In early 2020, authorities announced plans to open a reception centre, “Bir al Fatnassiya” (also “Bir Fatnassia”), at the Remada Airport in Tataouine Governorate, supposedly to house refugees fleeing Libya. However, an expert from the Forum Tunisien pour les Droits Economiques et Sociaux (FTDES) told the Global Detention Project (GDP) that there are concerns that the facility will eventually operate as a de facto detention facility, especially in the context of escalating security procedures. Various sources report that officials have provided little information about how the facility will operate or why it was built some 75km from the border.

The recent developments in Tunisia follow a decade of upheavals in the country since the “Arab Spring.” The country’s 2011 revolution, which sparked the Arab Spring, led to rapid and dramatic changes in Tunisia’s migration situation: tens of thousands of Tunisian migrants departed for Europe while refugees fleeing war-torn Libya crossed into Tunisia. Despite the adoption of important reforms since then, many of the socio-economic frustrations that fuelled the conflict have remained, prompting renewed increases in the numbers of Tunisians leaving the country. In the meantime, evolving migratory pressures along the country’s borders have exacerbated long-simmering social problems and highlighted important gaps in protection for migrants and refugees in the country.

Although Tunisia is a signatory to the 1951 Refugee Convention and adopted a new constitution guaranteeing political asylum in January 2014, Tunisia does not have a formal asylum system. As of late 2019, it had yet to adopt a law on asylum and protection. The country has also failed to adopt broad reforms in its migration governance. Sub-Saharan African refugees and migrants continue to face endemic racism while existing legislation criminalising irregular entry, exit, and stay leaves vulnerable foreign nationals, including people fleeing violence and conflict in neighbouring Libya, susceptible to arrest and deportation.

Long-standing fears about migrants and asylum seekers crossing the Mediterranean from Tunisian shores have prompted the European Union (EU) and individual European states to partner with the country in migration management deals, which include a 2014 EU-Tunisia “Mobility Partnership.” Tunisia, however, has at times proved a reluctant partner. While it has negotiated with the EU and member states over the readmission of Tunisian nationals, the country refused to back European proposals for “disembarkation” areas on the North African coast. On the other hand, observers in Tunisia have expressed concerns that while the government officially continues to reject the disembarkation proposal, its rush to set up the “reception” camp in Bir Fatnassia is an “indirect” way of acquiescing to such a proposal.

Nevertheless, Tunisia has a long history partnering with Europe. In 1998, Italy and Tunisia established an agreement on the readmission of Tunisians and third-country nationals that included Italian funding for the creation of detention centres (centri di permanenza) in the country. In 2012, an accelerated repatriation agreement signed between Italy and Tunisia curbed Tunisian emigration to the European Union (EU) by 92 percent. The text of the agreement was not published, reflecting what observers say has been the failure since the 2011 revolution to break the tradition of secrecy surrounding detention centres for unauthorised migrants within the country.

Over the last decade, various reports have indicated that Tunisia has used numerous detention sites for confining migrants and refugees. However, only the Al-Wardia (or El Ouardia) “reception and orientation centre” in Tunis and the recently re-opened facility in Ben Guerdane, in south-eastern Tunisia, appear to operate today. Researchers have struggled to verify operations at other facilities. A researcher from the Italian NGO Association for Juridical Studies on Immigration (ASGI), which has investigated the situation in Tunisia, told the Global Detention Project, “No one could tell us where other facilities supposedly are or even confirm that they actually exist. We do not know of any migrant who has been in one of them.”

Despite the lack of transparency surrounding immigration detention in Tunisia, the government that replaced the regime of President Ben Ali made some notable changes, including ending a 20-year ban on visits by human rights groups to the country’s prisons. However, visits to immigration detention facilities reportedly remain rare. In addition, as of 2019, the country had still not ratified the International Convention on the Protection of the Rights of All Migrant Workers and Members of Their Families, which provides important protections for detained migrants.

Faced with the Covid-19 crisis, the General Directorate of Prisons and Rehabilitation (“Direction Générale des prisons et de la rééducation”) announced several measures in mid-March 2020 to mitigate the risk of a Covid-19 outbreak within Tunisian criminal prisons, including sterilisation operations, the installation of thermal cameras, the creation of isolation cells, and undertaking full medical examinations of newly arrived prisoners. However, at the time of this publication, similar measures do not appear to have been implemented for immigration detainees or at the facilities that confine them.