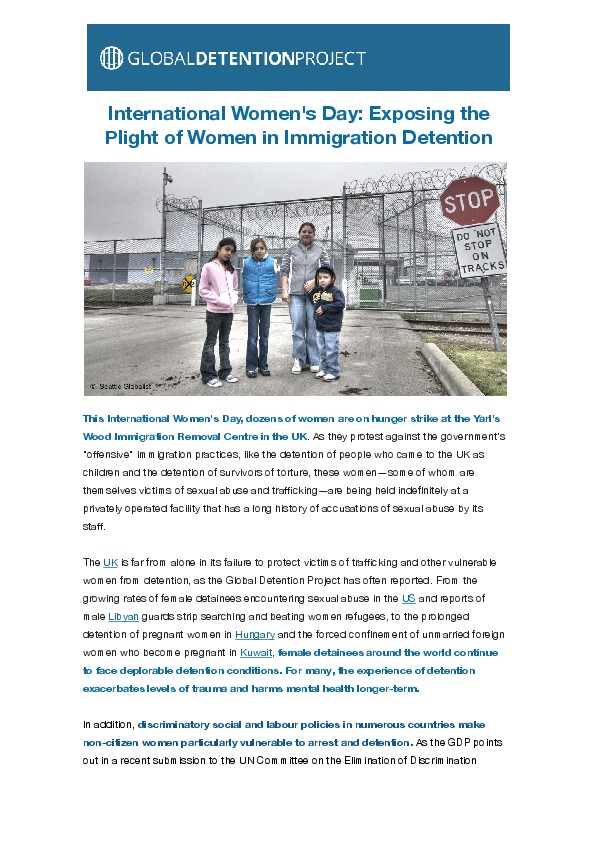 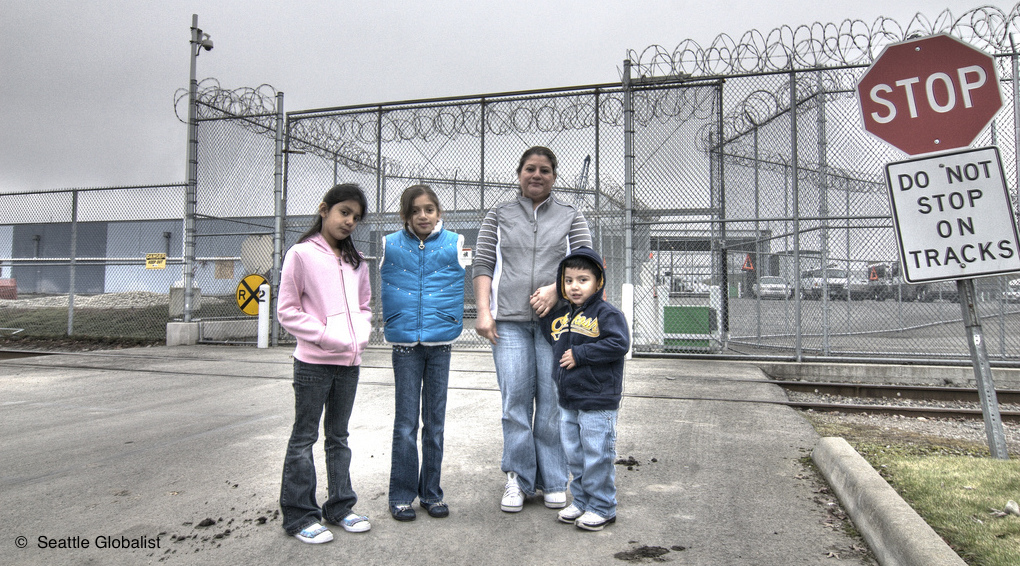 This International Women’s Day, dozens of women are on hunger strike at the Yarl’s Wood Immigration Removal Centre in the UK. As they protest against the government’s “offensive” immigration practices, like the detention of people who came to the UK as children and the detention of survivors of torture, these women—some of whom are themselves victims of sexual abuse and trafficking—are being held indefinitely at a privately operated facility that has a long history of accusations of sexual abuse by its staff.
The UK is far from alone in its failure to protect victims of trafficking and other vulnerable women from detention, as the Global Detention Project has often reported. From the growing rates of female detainees encountering sexual abuse in the US and reports of male Libyan guards strip searching and beating women refugees, to the prolonged detention of pregnant women in Hungary and the forced confinement of unmarried foreign women who become pregnant in Kuwait, female detainees around the world continue to face deplorable detention conditions. For many, the experience of detention exacerbates levels of trauma and harms mental health longer-term.

In addition, discriminatory social and labour policies in numerous countries make non-citizen women particularly vulnerable to arrest and detention. As the GDP points out in a recent submission to the UN Committee on the Elimination of Discrimination against Women regarding Saudi Arabia, migrant domestic workers in the country who flee abusive employees are frequently prosecuted and placed along with their children in “miserable” detention conditions to await deportation. In Lebanon, women domestic workers are also subject to the kafala (or “sponsorship”) system, which ties their legal status to their employers, who often confiscate their passports, leaving the workers vulnerable to arrest for illegal stay should they seek to change employer or flee their place of employment.

But it’s not all bad news. As some of our recent research has highlighted, several countries now have specific protections for vulnerable women. In 2015, for instance, Taiwan adopted a law ending the detention of women who are more than five weeks pregnant, while Italy prohibits the expulsion of pregnant women or women who have given birth in the previous six months.

This International Women’s Day, join us on Twitter (@migradetention) to find out more about the conditions female detainees face around the world, and #StandUp4HumanRights.