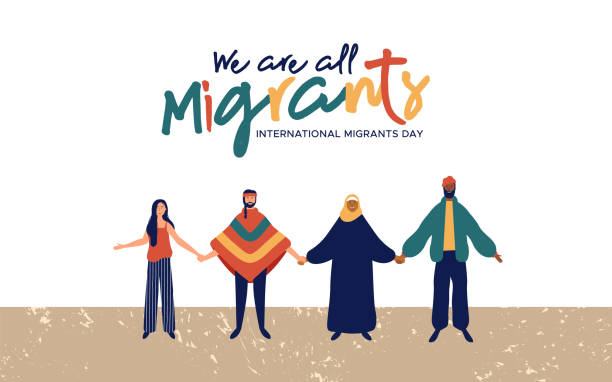 International Migrants Day, celebrated on 18 December, provides the world an opportunity to acknowledge the invaluable contributions that migrants and their families make to their host communities across the globe. The positive and constructive roles that migrants play is reflected in the UN’s optimistic theme for this year’s day: “harnessing the potential of human mobility.”

However, International Migrants Day also serves as a critical moment of reflection, spurring us to confront the rampant demonization of migrants in many countries, as well as the creeping criminalisation of migration, which is reflected in the growing use of detention to deter, control, and punish migrants, asylum seekers, and refugees.

Although the Migrant Workers Convention, which came into effect on 3 July 2003, is the most poorly ratified UN human rights treaty (to date is has been ratified by only 56 countries), it has nevertheless become an increasingly important instrument for advocating for the protection of migrants. In particular, the Committee on Migrant Workers (CMW), the UN treaty body that oversees implementation of the convention, “has emerged as a critical arena for advocating for the protection of the fundamental rights of migrants and refugees ensnared in detention,” as the GDP’s Michael Flynn writes in a recent issue of Forced Migration Review.

The importance of detention in the CMW’s deliberations can be gleaned from its Concluding Observation’s made to states parties during the committee’s review of their implementation of the convention. According to data developed by the Global Detention Project, between 2004—when the CMW held its first session—and 2016, at least half of its reviews contained recommendations related to immigration detention. Additionally, according the GDP’s analysis of Concluding Observations as of 2020, no fewer than 32 of the convention’s 56 states parties had received recommendations concerning migration-related detention practices.

In November 2021, the CMW released an expert interpretation of the convention with respect to the arbitrary detention and deprivation of liberty of migrants, “General Comment 5 on Migrants’ Rights to Liberty and Freedom from Arbitrary Detention.” The General Comment provides guidance to states on how to protect migrants against arbitrary detention and how to uphold their fundamental rights to liberty, which are guaranteed under Article 16 and 17 of the Convention on Migrant Workers.

General Comment 5 also establishes important principles for governments and detaining authorities. These include the principles of non-discrimination and non-criminalization of migration; the fundamental principle that immigration policy should be based on the presumption of freedom and not detention; the principle, already established by the UN Committee on Migrant Workers and the UN Committee on the Rights of the Child in their joint General Comment, that migrant children should never be detained; and the recommendation that vulnerable individuals and those at risk of exploitation, sexual abuse, or violence should not be detained.

The reason for all this attention by the committee to migration-related detention is patently clear: The detention of migrants, asylum seekers, and refugees around the world is growing rapidly in every corner of the globe, and it has become a big business. Governments’ default response to migrants and asylum seekers arriving (as they see it “irregularly”) at their borders and for those people they wish to deport, is to detain them. There has been a huge growth in privately-run immigration detention systems, operating with substantial profits at the expense of migrants’ human rights.

The detention of migrants is frequently ad hoc and arbitrary, not based on legal norms or administrative guidelines, but at the whim of border forces and security officials. It is often prolonged, sometimes indefinite, and without the opportunity for legal review. Conditions in immigration detention are often deplorable without adequate bedding, food, clean water, and medical care; they are also often unsafe with migrants, including women and children, subject to violence, sexual assault, psychological abuse, and ill-treatment.

Prolonged detention in poor conditions has a devastating impact on the physical and mental health and well-being of migrants and asylum seekers, causing long-term damage and in some instances leading to self-harm and even suicide. Children, pregnant women, the elderly, persons with disabilities, survivors of torture and sexual abuse are all detained without distinction.

The COVID-19 pandemic has increased the use of detention in some parts of the world. While governments around the world have struggled to control the spread of the virus, they have often arbitrarily targeted migrants and asylum seekers with lockdown measures that are not applied to others in society. Migrants and asylum seekers are locked up, ostensibly to prevent transmission, but we know that the overcrowded and poor sanitary conditions in immigration detention centres have led to the spread of the virus, not its containment.

At the core of the immigration detention phenomenon is an effort to criminalize migration, rather than a commitment to uphold migrants’ human rights. The sad truth is that on International Migrants Day we cannot fully celebrate the contribution of migrants—or “harness the potential of human mobility” as the UN would like us to do – when we know that around the world hundreds of thousands of migrants are either being held in terrible conditions in immigration detention, or are living every day in the fear that they may be arbitrarily detained. The arbitrary detention of migrants, asylum seekers, and refugees constitutes one of the worst assaults on their basic human rights – the right to liberty.

But there are tools to fight back against abusive detention measures, including at the international level, as demonstrated by the work of the Committee on Migrants Workers. At the GDP, we are working closely with partners across the globe to harness the potential of international human rights instruments to challenge arbitrary migration-related detention. A case in point is our recent webinar featuring the chair of the Working Group on Arbitrary Detention, which included the participation of 60 migrant rights advocates representing some 40 civil society organizations from every region of the world.

As part of our celebration of International Migrants Day this year, the GDP participated in and moderated a discussion on immigration detention: “A Comment in Time: Deconstructing the Discourse Around Detention,” which was part f an event organized by Migrant Forum in Asia to mark International Migrants Day with civil society representatives and activists from around the world.

This International Migrants Day, we re-affirm our commitment to continue to work together with our partners to end the practice of arbitrary detention that discriminates against and violates the rights of migrants and prevents them from making full and valuable contributions to the countries they live in.