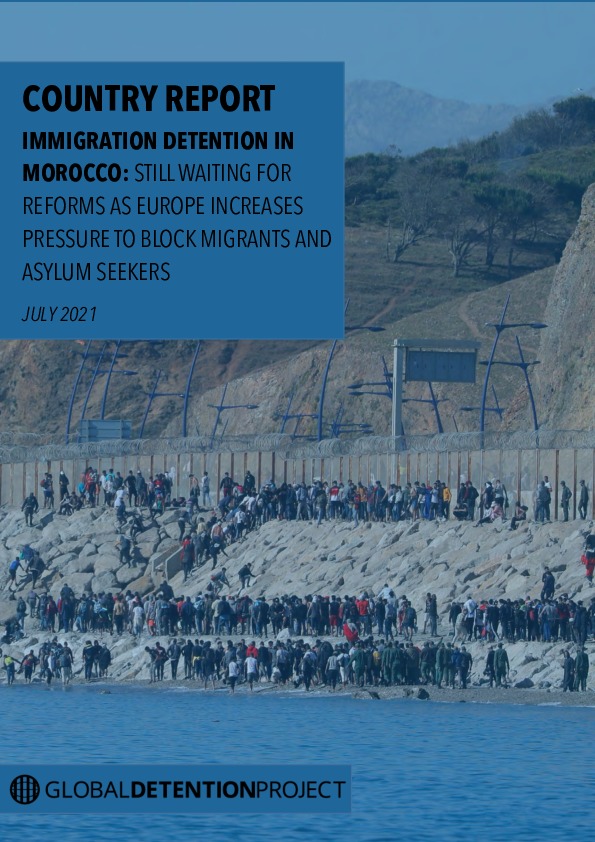 Morocco has long prided itself for defending the rights of migrants and asylum seekers, a reputation it sought to reprise when it took a leadership role in the negotiations over the Global Compact for Migration, adopted in Marrakech in 2018. However, this reputation has repeatedly been tarnished as criticism has grown over its treatment of asylum seekers, who can face severe obstacles in accessing protection procedures; as deep-seated xenophobia and anti-Black racism becomes evident in raids and mass forced removals targeting sub-Saharan migrants; and as the country’s long-awaited migration and asylum legal reforms continue to languish, nearly a decade after the Kingdom first announced its commitments to undertake them. In the meantime, increasing pressure from Europe to block the movement of migrants and asylum seekers is encouraging the use of enforcement tactics that violate migrants’ fundamental human rights.

As an important transit and destination country for migrants, refugees, and asylum seekers, Morocco has witnessed significant migratory flows in recent decades. Many non-nationals use the country as a departure point in their passage to Europe: either by sea to mainland Spain or the Canary Islands, or overland via Africa’s only land borders with Europe at the Spanish enclaves of Ceuta and Melilla.

The country has become an important focal point for European efforts to externalise “migration management,” with Moroccan authorities under pressure to block migration flows, with generous funding from Europe. Since 2019, increased cooperation between Spain and Morocco has led to stepped up Moroccan navy patrols intercepting migrant boats. In December 2019, the EU announced an aid package of 101.7 million EUR (via the Emergency Trust Fund for Africa) to help the country combat irregular migration and human trafficking. As migratory routes have become more difficult to navigate, increasing numbers of migrants and asylum seekers have been stranded in Morocco, including thousands of sub-Saharan non-citizens as of 2019.

In September 2013, Morocco’s National Human Rights Council (Conseil National des Droits de l’Homme, or CNDH) issued recommendations for a new migration and asylum policy. They recommended that the country’s legal framework be amended to ensure that it is compliant with international standards to which Morocco is committed and called for the establishment of an institutional framework to encourage migrant integration. King Mohammed VI endorsed these recommendations, announcing a new “humanitarian approach” to migration and asylum affairs.

Morocco subsequently adopted, in 2014, a National Strategy on Immigration and Asylum (Stratégie nationale d’immigration et d’asile, or SNIA) and implemented a series of regularisation programmes, including in 2014 and 2017. One regularisation scheme has included refugees recognised by the UN High Commissioner for Refugees (UNHCR), with the exception of Syrians—who were excluded from the 2017 regularisation scheme and thus prevented from getting refugee status—and LGBTI people because homosexual acts are criminalised in Morocco.

According to data provided by the CNDH, during the first regularisation programme in 2014, roughly 27,000 migrants submitted applications, while NGO sources in Morocco reported that less than 23,000 received favourable rulings—though that did not necessarily mean that they all received temporary stay permits.[1] While the Interior Ministry said that during both regularisation campaigns, approximately 50,000 people received favourable rulings, non-governmental sources reported that for the 2017 regularisation programme, only the total number of regularisation requests was made available (27,660) and not the number of positive decisions.[2]

The SNIA also resulted in the development of three draft laws: one related to human trafficking, which was adopted and has been implemented; one on asylum; and another on migration. However, as of mid-2021, Morocco had still not adopted concrete new asylum and migration legislation. Thus, Law No. 02-03 of 11 November 2003 (the Migration Act), which provides key detention provisions and criminalises irregular entry of both migrants and asylum seekers, remains the principal piece of legislation governing the entry and stay of foreign nationals, emigration, and irregular migration – despite concerns raised by international observers (including the UN Committee on Migrant Workers) regarding its provisions.

Coinciding with these campaigns was a noticeable hardening in the official posture towards migrants, especially after the onset of Europe’s “refugee crisis” and stepped up EU efforts to pressure countries in North Africa over migration control. Authorities announced that they would take a tougher stance against migrants seeking to enter Spain and Europe via the Spanish enclaves of Ceuta and Melilla. This was followed by repeated waves of arrests, relocations, detentions, and expulsions of non-nationals. In February 2015, thousands of non-nationals, including asylum seekers and children, were arrested in northern Morocco, and forcibly relocated to areas of the country further south to prevent them from accessing EU territory. Hundreds of others were arbitrarily detained in facilities across the country.

Raids reportedly became increasingly common after an incident in July 2018, when hundreds stormed the border fence surrounding the Spanish enclave of Ceuta—and have even continued during the COVID-19 pandemic. Pregnant women, accompanied and unaccompanied children, UN-recognised refugees and asylum seekers, and migrants in possession of valid residency cards, have all been included in these raids and relocations, though observers in the country report that asylum seekers with certificates continue to be protected from refoulement.

At the same time, however, the “threat” of increased migration has been tacitly wielded by Morocco in its relations with Europe. For instance, in May 2021, when approximately 8,000 migrants and asylum seekers entered Ceuta in a single day, Spain accused Morocco of abetting the large migrant flow as “blackmail” over Spain’s decision to allow a leader of a Western Sahara sovereignty faction to receive medical treatment in Spain.

Importantly, collaboration between Europe and Morocco are increasing the vulnerability of migrants to a range of human rights abuses, helping fan the flames of racism targeting sub-Saharan Africans, encouraging forced displacements, and spurring new forms of ad hoc detention situations. These developments were highlighted by the UN Special Rapporteur on Racism in 2019, shortly after her visit to the country that year: “Pressure to prevent migration from Africa to Europe … appears to be shifting the situation of migrants, refugees, and also Moroccans, in regions in the south of the country. … [T]he forced relocation of black sub-Saharan irregular migrants, and in some cases asylum seekers, from northern to southern regions appears to be creating de facto regions of migrant containment that will only become increasingly volatile. Such displacement is leading to human rights violations against these migrants in the southern regions to which they are relocated. Under the current conditions, the growing presence of these migrants risks escalating anti-migrant and xenophobic tensions within Moroccan communities that have previously welcomed migrant and refugee populations. This volatile situation requires urgent attention and requires that Morocco remain firm in an approach rooted in human rights with no interference from Europe. Morocco must cease any and all immigration enforcement policies that result in gross human rights violations, including in forests in the north and other regions close to its frontiers with Europe.”

Joint Submission to the UN Committee on Migrant Workers: Morocco

Submission to the UN Committee on the Elimination of Discrimination against Women: Morocco