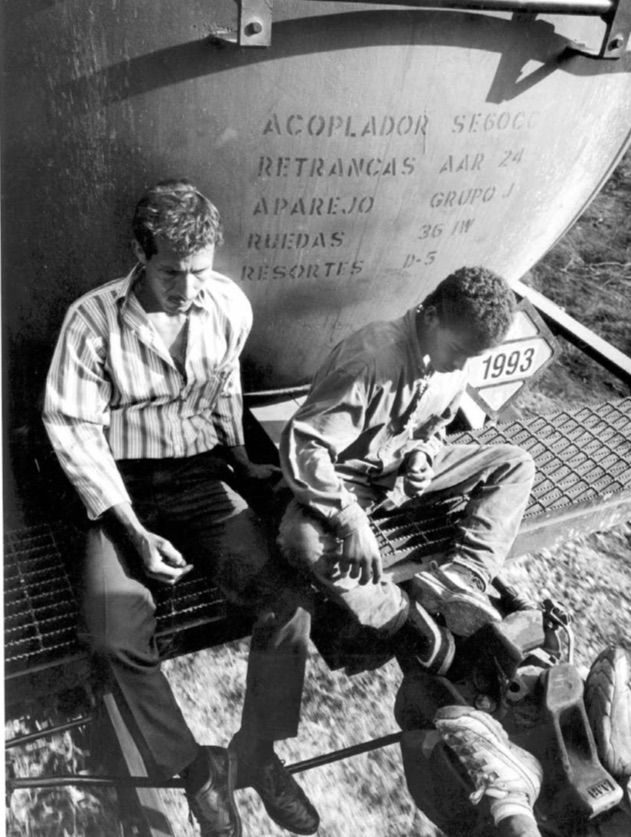 IN THE EARLY MORNING OF DECEMBER 3, 2001, Kanu Okany Patel, a 35- year-old undocumented migrant from Gujarat, India, furtively made his way to the bathroom of a government-run detention center in Guatemala City, tied one end of a sturdy cord he’d secretly stripped from a window curtain around his neck, the other around a shower head, and hanged himself. Patel died without ever knowing why he was in Guatemala.

Several months earlier, he and dozens of other undocumented migrants from India were arrested in Mexico, accused of trying to enter the United States illegally. The mi- grants claimed that the Mexican police destroyed their personal documents and stole their money before turning them over to Mexico’s migration service, the Instituto Nacional de Migración (INM), which placed them in a detention facility in Mexico City. There they sat for nearly five months as Mexican, Indian, U.S., and Guatemalan authorities decided their fate. The Americans didn’t want them, the Mexicans didn’t know what to do with them, and the Indians refused to accept that they were from India (the languages they speak—Gujarati, Hindi, and Punjabi—are all native to India).

At some point, all sides agreed—or at least quietly acquiesced—to allow them to be turned over to the Guatemalans who, for reasons unknown, were willing to accept them. Late last August, Mexico bused the Indians just across its southern border and handed them over to the Guatemalan national police. The migrants were then shipped to a detention facility in Guatemala City. “We are not understanding this,” one of the migrants told journalists a few days after Patel’s death. …

Despite scant press attention—and despite the fact that Patel never stepped foot on U.S. soil—his story highlights a growing American problem: What can and should be done about the millions of impoverished and desperate people who each year try to slip into the United States through its “soft underbelly”—the U.S.- Mexico border?

It’s no longer just Mexicans and Central Americans who attempt to cross from Mexico. Increasingly, undocumented migrants from places like China, Iraq, Yemen, India, Pakistan, Ecuador, and Colombia see a Mexican crossing as their best route to the American dream. Sometimes, as in the case of Patel and his compatriots, when these “extraregional” migrants are apprehended, they are rejected by every country involved; they become, in effect, stateless.