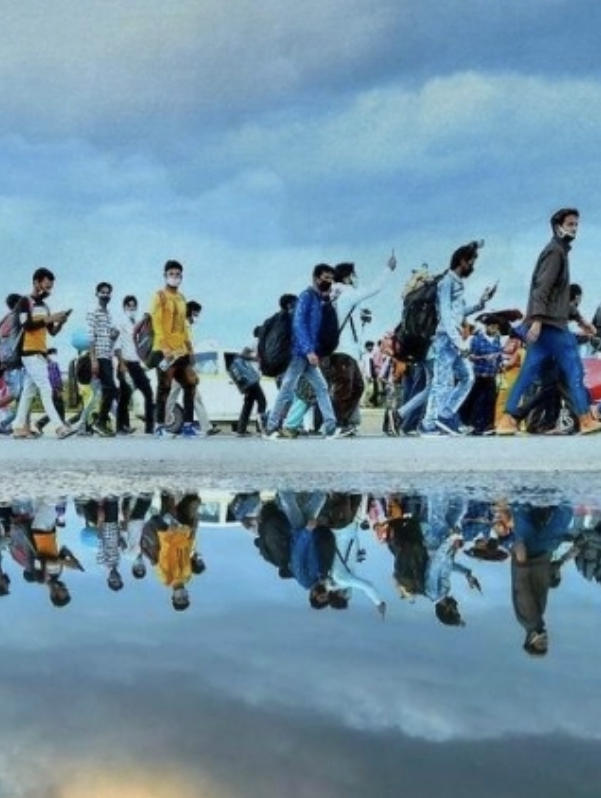 Today, the international community marks the 72nd anniversary of the Universal Declaration of Human Rights at a time when the human rights of migrants, refugees, and asylum seekers are facing unprecedented challenges.

The COVID-19 pandemic has changed countless lives across the globe, but perhaps none more so than those of undocumented migrants and other vulnerable non-citizens. According to a recent OECD report, not only have migrants experienced far higher infection and mortality rates than natives—likely due to higher incidences of poverty, overcrowded housing conditions, and language barriers, amongst other factors—in many countries they have been unjustly accused of spreading infection, viciously targeted with xenophobic attacks, and subjected to pushbacks and forced quarantine in overcrowded border camps, as well as mass roundups and detention in abysmal and dangerous conditions.

At the GDP, we have documented many of these abuses and discriminatory practices on our COVID-19 detention platform. In Yemen, Houthi rebels attacked thousands of Ethiopian migrants in April, claiming that they were “virus carriers,” and forced them across the border into Saudi Arabia—where they were subsequently placed in “abusive” detention conditions, including flooding, overflowing sewage, and severe overcrowding. In Malaysia, a purported anti-COVID campaign launched in May resulted in the arrest and detention of thousands of undocumented migrants and refugees, which was shortly followed by a spike in infections amongst the country’s immigrant population. In the Netherlands, authorities introduced a moratorium on the use of facemasks in detention centres—at exactly the same moment that it was encouraging its nationals to wear protective face coverings. And in countries such as Cyprus and Malta, authorities have utilised the pandemic to ramp up efforts to block migrant arrivals—closing their ports and repeatedly pushing back vessels at sea.

Nevertheless, while some countries appear to have been in a race to the bottom in terms of rights protections, the pandemic has also shown that it is possible to protect society’s more vulnerable groups even during exceptional times. Spain’s release of immigration detainees at the start of the crisis, Ireland’s establishment of a “firewall” between its health and justice departments allowing non-nationals to access health care without facing immigration enforcement action), and the decision to temporarily end new detention orders in Portugal and in other countries makes it abundantly clear that States can find a way forward without having to jeopardise the wellbeing of any of their residents nor resort to harmful detention practices.

“On Human Rights Day and every day, let’s resolve to act collectively, with human rights front and centre, to recover from the COVID-19 pandemic and build a better future for all.” – UN Secretary General, 10 December 2020.

Paraguay has not emphasised detention in its immigration policies nor has it established a formal immigration detention system. While the law provides for the detention of non-nationals for migration-related reasons—to ensure expulsion—it appears to be rarely applied. There is little information, however, about how often people are detained or the conditions of their detention. After the onset of the COVID-19 pandemic, thousands of people—mainly returning Paraguayan migrant workers but also including a handful of arriving asylum seekers—were confined in unsanitary state-run quarantine facilities, where observers report they faced inhumane conditions.

Immigration Detention in Colombia: At the Crossroads of the Americas

Located at the juncture between South and Central America, Colombia has become an important transit point for migrants and asylum seekers from across the Americas and elsewhere in the world. It is also a key destination for Venezuelans fleeing the turmoil in their country, hosting more than 1.3 million by 2019. During 2010-2014, a national plan was implemented to “strengthen immigration control in Colombia” and in 2013 the country opened its first temporary immigration holding facilities (salas transitorias de migración). During the COVID-19 pandemic, which hit Colombia severely, large numbers of Venezuelans who had lost their jobs became stranded in makeshift camps located in border zones when they sought to return home.

Submission to the UN Committee on Migrant Workers: Draft General Comment No.5

The GDP submitted comments on the UN Committee on Migrant Workers’ Draft General Comment No.5 (on migrants’ right to liberty and freedom from arbitrary detention), paying specific attention to the role of necessity and proportionality in immigration detention decision-making. The GDP provided an analysis of how alternatives to detention (ATDs) should be understood within the framework of detention decision-making, highlighting pitfalls of certain ATD formulations and urging a more careful use of these concepts in various parts of the Draft General Comment. The submission seeks to assist the CMW in bringing the General Comment’s treatment of ATDs in line with that of important partners, including the European Union, the UN High Commissioner for Refugees and other human rights monitors operating at the UN level, and regionally, as well as in civil society. Read the full submission.

International Migrants Day: Global Celebration of Our Rights and Our Struggle for Justice

On International Migrants Day (Friday 18 December)—which also marks the two year anniversary of the adoption of the Global Compact for Safe, Orderly, and Regular Migration—the Global Detention Project will be participating in an online event organised by Migrant Forum Asia (MFA), Cross Regional Center for Refugees and Migrants, Global Research Forum on Diaspora and Transnationalism, and the Civil Society Action Committee. The GDP will take part in a panel titled  “Detention and Returns: Going Beyond Alternatives.”

“GCM Objective 13: Use Immigration Detention as a Measure of Last Resort and Work Towards Alternatives”

On 24 November, the GDP’s Executive Director joined a panel of experts to discuss the Global Compact on Migration’s Objective 13 (“Use immigration detention as a measure of last resort and work towards alternatives”), organised by Migrant Forum Asia (MFA).  The panellists, who also included William Gois (MFA), Verena Knaus (UNICEF), Dato’ Sri M. Ramachelvam (High Court of Malaya), Silvia Gomez (IDC), and Rev. Deborah Lee (Interfaith Movement for Human Integrity), discussed how best to prioritise non-custodial alternatives to detention that are in line with international law; and the ways in which states should take a human rights-based approach to detention of migrants, only using detention as a measure of last resort. More information about the event, and a video extract—including Michael Flynn’s presentation—is available here.

Throughout the year, we and our partners have continued to update our database and website with the latest statistics and policy information concerning countries’ use of immigration detention. Following user feedback, we have now made this information available on our website in downloadable PDF format. Our latest data profiles are available to view and download here.