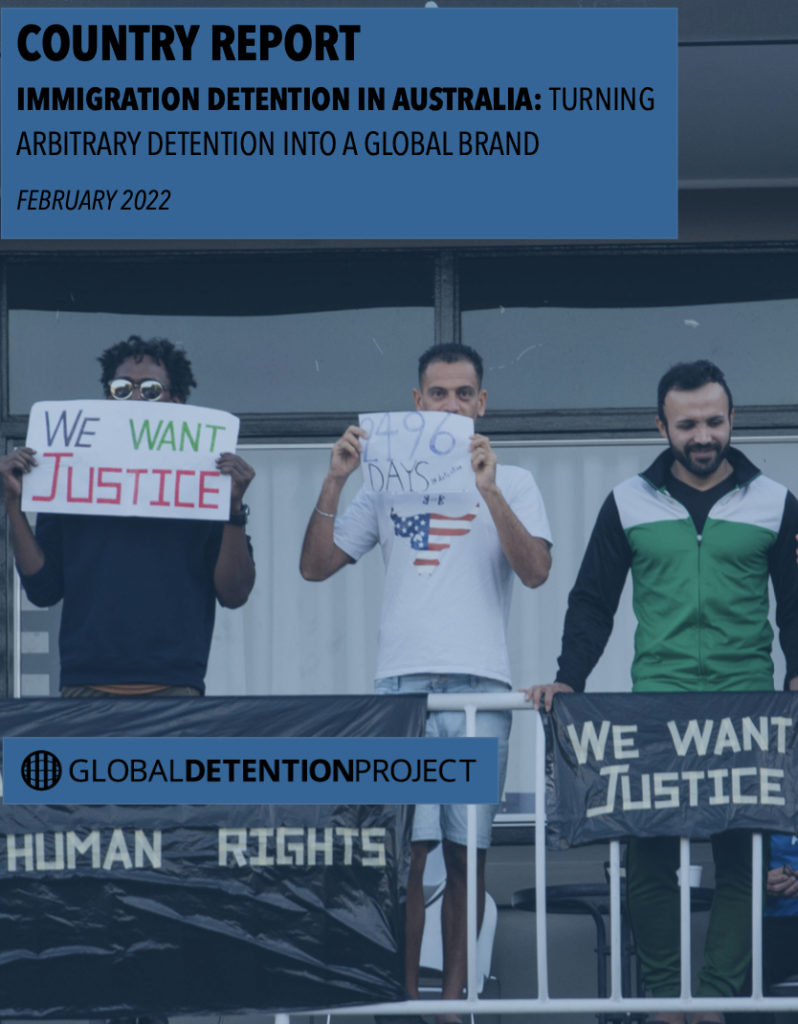 (February 2022) Australia has a severe and punitive immigration detention system. It’s policy of mandatory, indefinite detention does not distinguish between adults or children, visa violators or asylum seekers. Dozens have languished in detention for more than a decade. Private contractors, paid billions to operate centres, have been continually criticized for abusing detainees and failing to provide services. Observers have repeatedly denounced the detention regime, including its offshore operations, as violating human rights and international law. The price tag for maintaining the system is astronomical: It costs nearly $400,000 per detainee/year compared to less than $50,000 for community housing. But the physical and mental costs are even higher: Experts have documented the devastating impact of prolonged detention on the health of detainees, which has led to high levels of self-harm, long-term illnesses, and severe psychological disorders like schizophrenia.