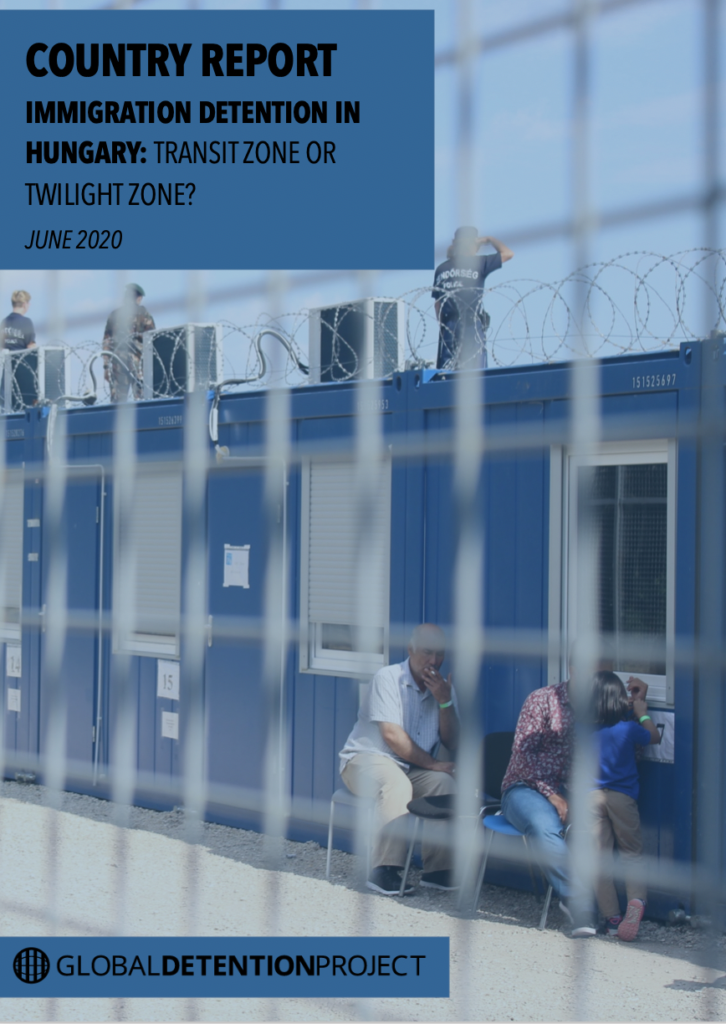 Hungary’s efforts to block asylum seekers were at the centre of an important May 2020 European Union Court of Justice ruling concerning its “transit zone” detention sites, located along the border with Serbia. For years, Hungary refused to acknowledge that people were “detained” in these facilities, going so far as to refuse the UN Working Group on Arbitrary Detention entry during its visit to the country in 2018. Long denounced for their inhumane conditions, with the onset of the Covid-19 crisis these “zones” were completely sealed off, preventing people from applying for asylum in the country. The EU court found that Hungary was unlawfully detaining asylum seekers at these sites, prompting the country to close them while also further tightening asylum procedures.

An important country of transit for migrants and refugees attempting to reach western Europe, Hungary experienced significant increases in arrivals during the 2015 “refugee crisis.” Prime Minister Viktor Orbán has made anti-migrant hostility a hallmark of his administration, spurring the country to become increasingly antipathetic towards asylum seekers and making it a leading bastion of European xenophobia. In the wake of the “refugee crisis,” the country adopted a number of controversial laws and policies, including the construction of fences along its borders with Serbia and Croatia. However, despite the number of arrivals dropping, the “state of crisis” which was declared in 2016 due to “mass immigration” has remained in effect In .March 2020, as the Covid-19 pandemic began to accelerate, the government extended the crisis situation for the eighth time since 2015.

In 2015, authorities amended the country’s asylum laws and Criminal Code, punishing unauthorised entry with lengthy prison sentences. Border agents began forcibly pushing people back across the border, at times using tear gas and water cannons to block their entry. While paramilitary groups began to privately patrol border areas, the government also recruited thousands of private individuals to join the police and armed forces in patrolling the borders. The UN High Commissioner for Human Rights vocally criticised such measures, stating that they were “incompatible with the human rights commitments binding on Hungary … and is an entirely unacceptable infringement of the human rights of refugees and migrants. Seeking asylum is not a crime, and neither is entering a country irregularly.”

The government has also undertaken controversial campaigns aimed at influencing public perceptions. In 2015, it sponsored a nationwide billboard campaign promoting slogans such as “If you come to Hungary, you mustn’t take work away from the Hungarians!” However, these were written in Hungarian, indicating that the campaign targeted the Hungarian public rather than non-citizens. The following year, the government spent some 16 million EUR on a campaign to persuade voters to reject EU migrant quotas in a referendum.

According to the UN High Commissioner for Refugees (UNHCR), detention has become “a key element in the Government’s policy of deterrence.” According to the refugee agency, “The Hungarian government uses administrative detention as a deterrent for irregular migrants as well as for those who try to leave Hungary without waiting for the outcome of the asylum procedure.”

Between 2013 and 2015, the number of apprehensions skyrocketed, from 8,255 to 424,055. Until recently, asylum seekers were de facto detained in border “transit zones” with almost no procedural safeguards. Hungarian authorities, however, rejected that people were detained at these sites, saying that they were free to walk back across the border, even as a growing body of evidence indicated otherwise. In 2018, the country blocked the UN Working Group on Arbitrary Detention from visiting the sites, which they had determined met conditions to be considered sites of deprivation of liberty. Then, in May 2020, the European Court of Justice (ECJ), in a case involving the detention of two Iranian and two Afghan nationals, ruled that the individuals should be released as the conditions of their confinement amounted “to a deprivation of liberty because the persons concerned cannot lawfully leave that zone of their own free will in any direction whatsoever.” The case, which was brought by the crusading NGO the Hungarian Helsinki Society (HHC) on behalf of the detainees, spurred the country to close its transit zones—a move that the UN Special Rapporteur on the human rights of migrants called “an important step to advance the protection of the human rights of all migrants, especially asylum seekers.”

The country’s detention and asylum practices have resulted in numerous other legal challenges. In a series of rulings, the European Court of Human Rights (ECtHR) found that the country’s immigration detention practices violated Article 5 of the European Convention on Human Rights (ECHR). In April 2020, the European Court of Justice also ruled that Hungary—as well as the Czech Republic and Poland—had breached their obligations under EU law by shirking responsibility to accept refugees as part of mandatory EU relocation quotas. Hungary—like Poland—had refused to take a single refugee.

The ECtHR has also granted interim measures in various cases concerning the denial of food to rejected asylum seekers detained in transit zones. “The deliberate starvation of detained persons is an unprecedented human rights violation in 21st Century Europe,” stated the Hungarian Helsinki Committee. With the entry into force of amendments to the criminal code, NGOs and individuals who assist asylum seekers during the process of applying for international protection can be prosecuted and face up to one year of prison. A so-called Stop-Soros law criminalised provision of aid to refugees and asylum seekers.

Hungary effectively suspended access to asylum procedures during the Covid-19 crisis when it banned new entries into transit zones. Citing fears that Iranian asylum seekers would bring the virus into the facilities, authorities prevented anyone from entering. Even before this crisis however, Hungary had severely limited the numbers allowed in. Upon opening, authorities were able to register 100 applicants per day in each zone, but steadily this number was arbitrarily reduced until, by January 2018, just one person per zone was permitted entry each day. In the wake of the May 2020 ECJ ruling, the Hungarian government announced that going forward it would only accept asylum applications submitted outside the country, at its consulates in neighbouring countries. Observers denounced the move as effectively ending the country’s asylum procedures.

Crossing a Red Line: How EU Countries Undermine the Right to Liberty by Expanding the Use of Detention of Asylum Seekers Upon Entry